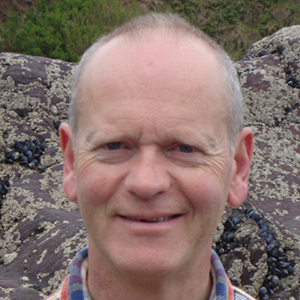 At the turn of the millennium Bill had an experience of Gnosis, a Kundalini rising. Then, in the early years of the millennium he began practicing Tantra with various groups. More recently, Bill realized that he’d already been practicing Tantra for at least 10 years prior to the awakening. In 2010 he decided to attend a Level 1 Ipsalu Tantra course. Bill was so inspired he did the Module 1 teacher training 3 weeks later. That was a revelation to me. Since then he has done the Level 2, the Module 2 training, the Level 3 and Module 3 training. When studying the core books of the Ipsalu practice; Jewel in the Lotus and The Ipsalu Formula – A Method for TantraBliss, He became aware that prior to his awakening he’d been on the Path of Will. Since then he has begun to embrace the Path of Surrender. His is humbled to be part of such an inspired charitable organization helping to transform thousands of lives into joyous living and spiritual freedom. 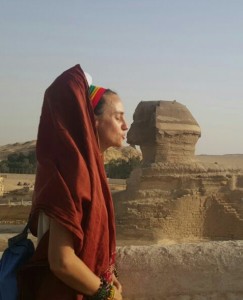 Sister Tibebwa is a certified Ipsalu Tantra Kriya Yoga instructor, Human and Earth Healer and Worshipper of the Earthly Mother and the Heavenly Father.

Having studied yoga and practiced under several Tantric schools for over 12 years, she found that Ipsalu Kriya Tantric Yoga  resonated with her most deeply. In this practice, it is the combining of the traditional disciplines and archetypes with the activating of sacred sexual energy, that drew her soul. Tibebwa also identified profoundly with the emphasis that Ipsalu places on balancing the polarities of both male and female energies, in one isogynic being.

Living as a repatriated Rastafarian in Ethiopia for over 17 years, her life’s focus has encompassed many forms of healing and nurturing on micro and macro levels, manifested through motherhood, conflict resolution, healing with herbs, and a wide array of international humanitarian works, community empowerment and environmental projects. Hence, Sister Tibebwa’s special area of interest within Tantra is the rooting of it firmly in Africa.

The conscious and subconscious search for the divine union of sexuality and spirituality has brought Tibebwa to where she stands today, emerging as a blossoming Tantrika, ready to pass on her knowledge and wisdom to those on their own path searching for a fuller manifestation of service through love.